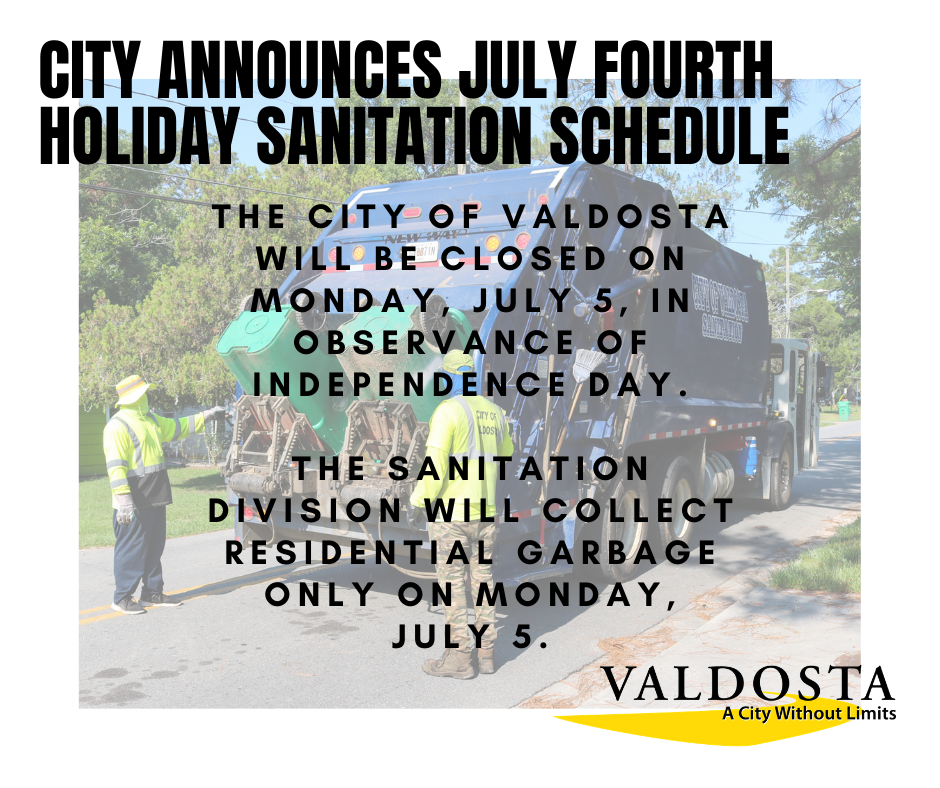 The City of Valdosta will be closed on Monday, July 5, in observance of Independence Day.

The Sanitation Division will collect residential garbage ONLY on Monday, July 5, which will allow sanitation workers to spend some of the holiday with their families.

Citizens who normally have their sanitation collected on Mondays should place yard waste at the curbside by 5 a.m. on Tuesday, July 6, when sanitation crews pick up for Monday and Tuesday customers.

The Public Works Department appreciates citizens' cooperation and patience as sanitation workers do their best to pick up both routes—over 7,000 customers—on Tuesday.

All recycling drop sites will remain open during the holiday weekend. City residents can drop off recyclables ONLY at the following locations: