Sunset Hill Cemetery has a park-like center with winding paths and orderly rows of grave sites marked with a variety of headstones, mausoleums, and statuary. The cemetery has a perimeter fence with seven entrances. The more recent sections on the outer edges of the property contain graves laid out in a more linear fashion with graves closer together in rows. There are just over 25,000 burials in the cemetery. Grave markers are made of marble, granite, cement, or bronze. Grave markers include flat tombstones with inscriptions, small decorative upright markers, decorative small obelisks, as well as some with special motifs. James F. Holmes has a Coca-Cola bottle on his marker. Emma Tillman Lane has a marble statue.

In the cemetery are several granite mausoleums, each with central entrance porticos. There is a very rare statue of a man, Charles Strickland, which was carved in Italy in his own likeness. The Jewish section, begun in 1931, has an overhead entry sign, and many of the tombstones have Hebrew inscriptions. There is a special 1990s memorial to the unknown slaves buried in the cemetery. The cemetery is on flat land with a variety of trees, including live oaks in the older section that date from circa 1900 scattered throughout as well as flowering shrubs, particularly azaleas and camellias. The historic granite entrance gates date back to before 1914, although the entry was later widened for modern vehicles. The only non-burial building on the premises is a circa 1960 non-historic, cinderblock office building. The cemetery is bounded on the south and west by residential neighborhoods, on the east by a historic residential district, and on the immediate north by a parking lot associated with Valdosta State University. Changes to the cemetery have consisted mainly of expansion in 1882, 1918-1930s, and in 1956.

The cemetery is significant in community planning and development because it shows the role the city played in providing a publicly-owned cemetery for its people as early as 1861 (after 30 acres were donated by a citizen) and maintaining the same to the present. A burial place was a necessity in the growing urban centers of Georgia as people moved away from the previously-used burials sites of farms and rural churches.

Sunset Hill Cemetery is significant in landscape architecture because it was begun in 1861 during the Victorian times when the Rural Cemetery Movement was in vogue and cities were creating park-like settings to be their city of the dead. Valdosta created such a place, which retains its park-like original core, with a variety of trees, paths, roadways, and picturesque grave markers. Newspapers in the early 20th century report the city's continuing interest in making Sunset Hill "one of the most attractive" cemeteries in the state. The cemetery was officially named "Sunset Hill" as early as 1914 and continues to be an active burial ground. 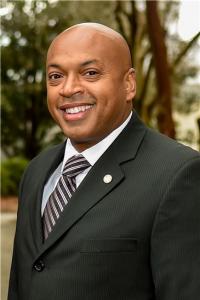