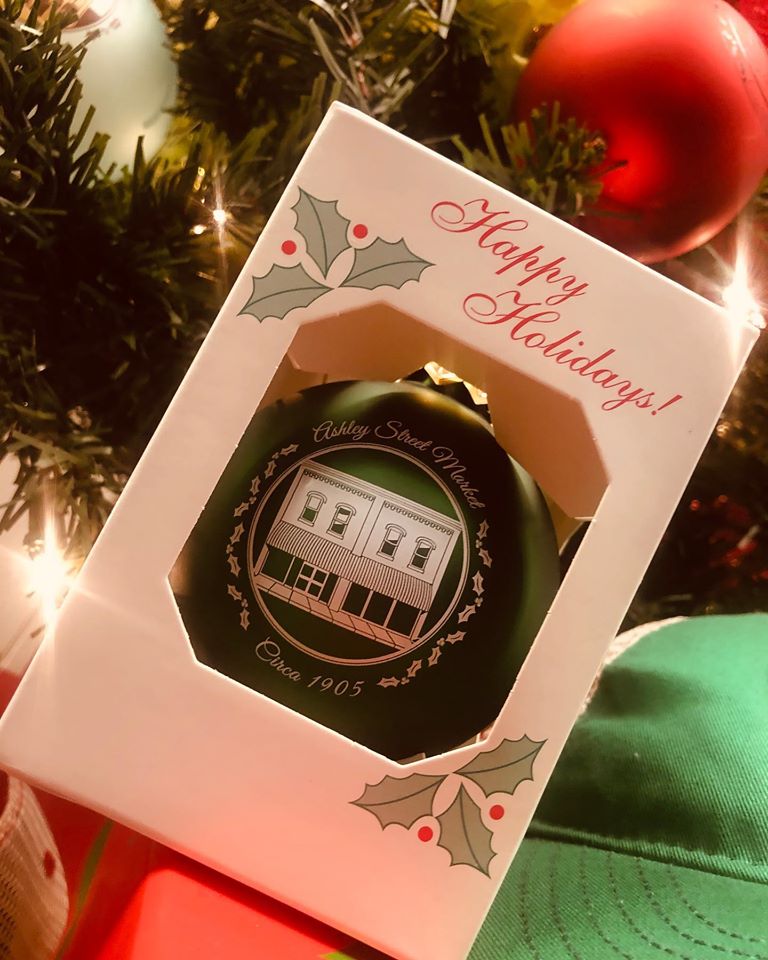 The green ornament was designed by the Main Street staff and features the Ashley Street Market building, which was built circa 1905 and is located at 127 N. Ashley Street. The building now houses The Flower Gallery.

Ornaments in the Downtown Valdosta Christmas Ornament Series include:

Citizens may purchase these local collectibles at the Main Street office, located on the first floor of the Valdosta City Hall Annex, at 300 N. Lee Street. Office hours are from 8 a.m. to 5 p.m. on weekdays. For more information, call 229-259-3577.