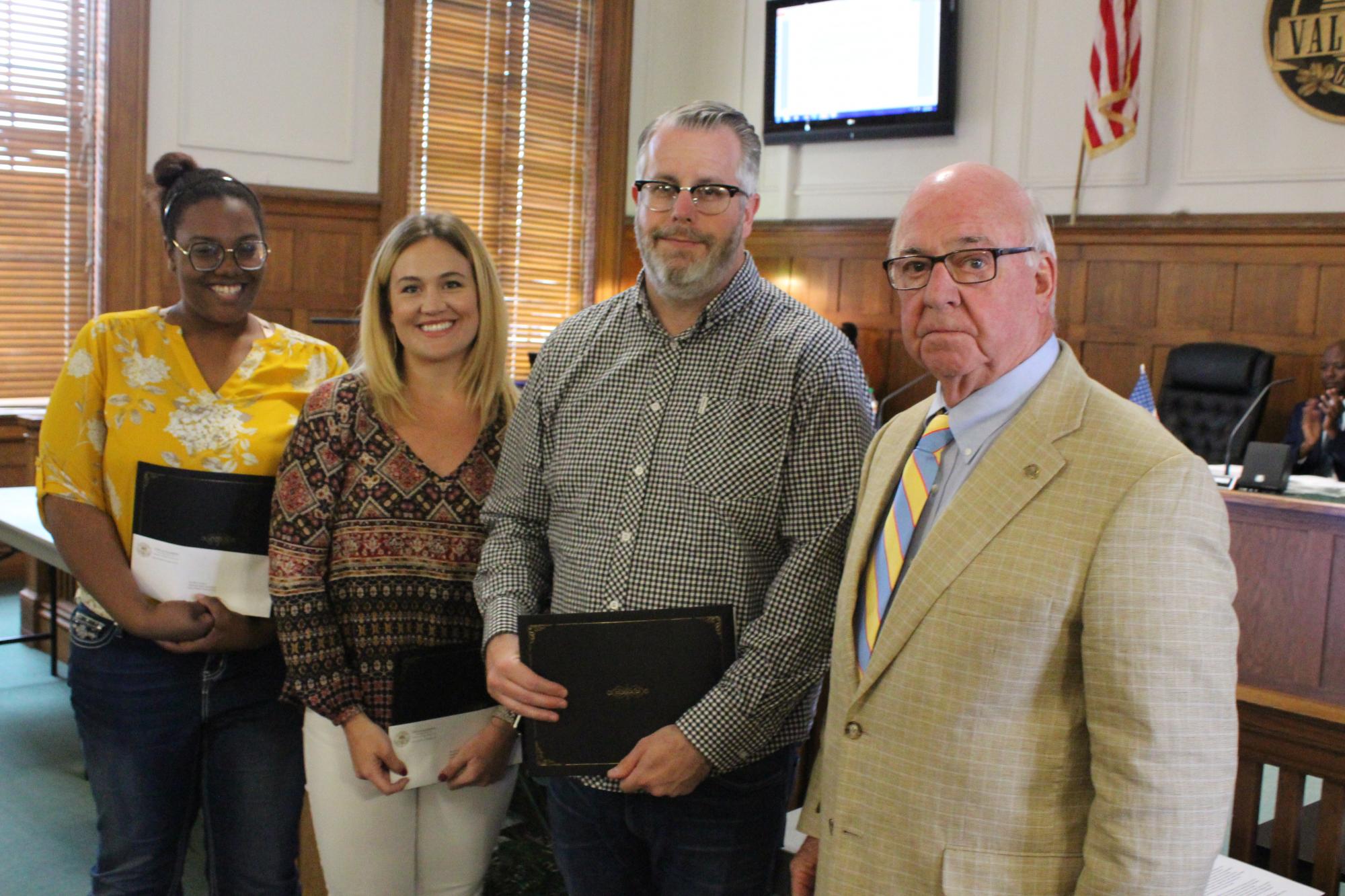 At the June 6 City Council meeting, Mayor John Gayle honored the winners of the 2019 Valdosta Social Media Contest—an educational partnership between the City of Valdosta and Valdosta State University to propose the best social media strategy for its local government. VSU students Sarah Moman, Brie Tucker, Lacey Hall, and Amanda Hudgins each received a framed certificate and a professional letter of recommendation from the Mayor.

Recognizing that organizations all over the world — including municipalities — are using social media to communicate with increasingly diverse and large audiences, the city’s Public Information Office continued a partnership with VSU’s Social Media Theory class that began in 2015. Taught by Dr. David Nelson, the students were divided into groups and tasked with developing a realistic plan on increasing local government engagement on the city’s social media platforms. The project, judged by the city’s Public Information Office, constituted a large part of their overall class grade and provided a real-life experience for the university students.

Their winning presentation featured ways of goal setting with social media as well as tracking engagement with analytics. The group also addressed the idea of using other social media outlets to target a younger generation such as college students at VSU.

The team’s outstanding ideas are being implemented and will significantly impact the way the local government communicates more effectively with its citizens.

Overall, these efforts have demonstrated the city’s continued efforts to provide applicable experiences to our local university students, as well as the city’s commitment to engage all citizens in local government.

For more information or for other educational opportunities in local government, contact Public Information Officer Ashlyn Becton at 229-259-3548 or visit www.valdostacity.com.