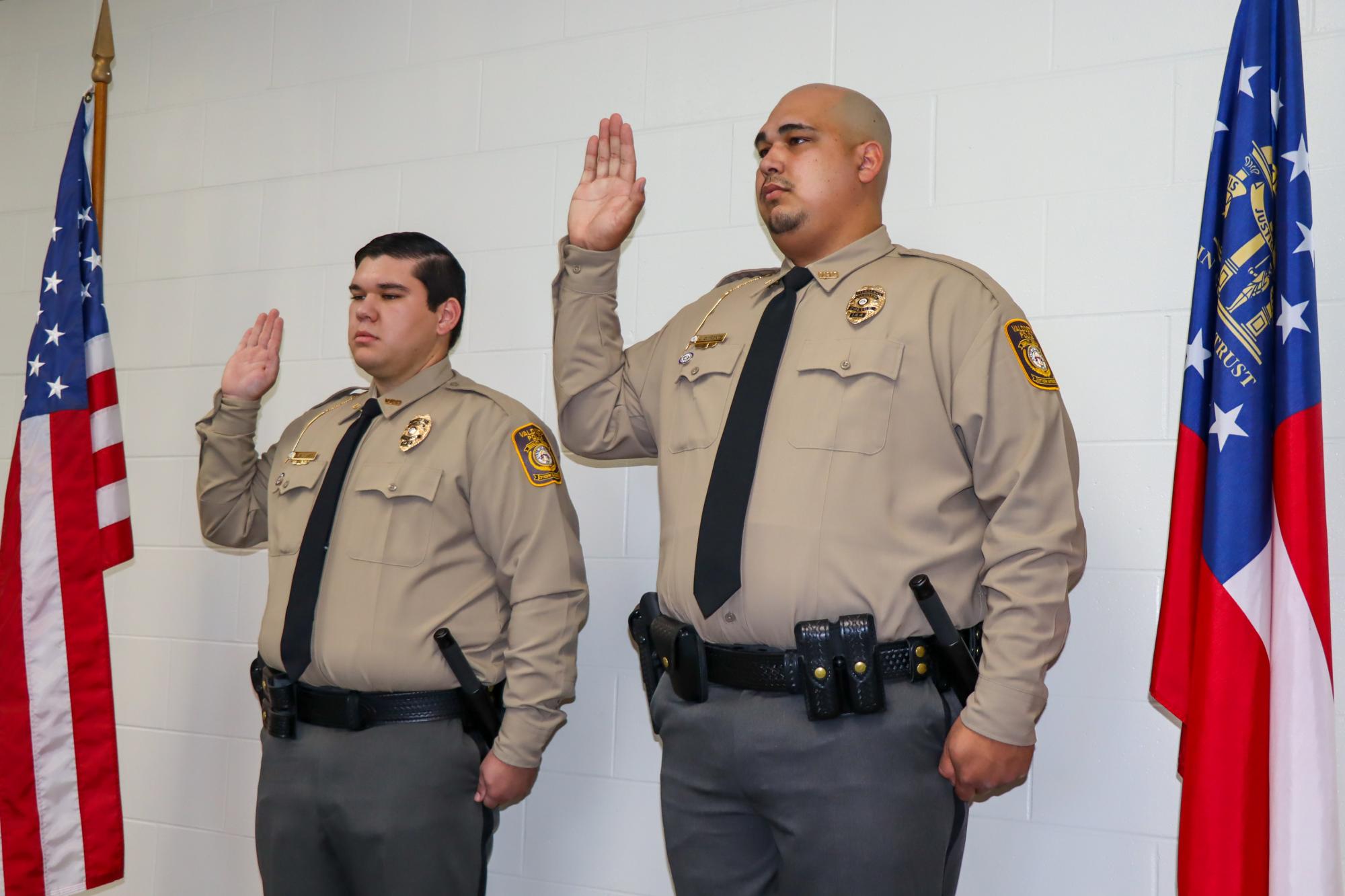 On Friday, October 15, two new police officers were sworn in at the Valdosta Police Department.

"It has been a long process to get here, but everyone at VPD has been really helpful. They have been there for everything we needed," said Officer Patterson.

After participating in in-service training with the VPD training division, the two started the police academy. The Officers are scheduled to start Field Training in one week, typically lasting for about ten to twelve weeks. In total, the new Officers will go through close to twenty weeks of training.

The Officers were sworn-in in front of their families, city officials, and members of the Police Department. Judge Richard M. Cowart led the swearing-in ceremony.

As the Officers prepare for their next steps, they eagerly look forward to what lies ahead.

"It was a long road, the academy was extensive, but standing here today, I feel proud. I am eager to get my feet wet out on the road. Eventually, I would like to pursue the Power Squad or Narcotics Division," said Officer Pena-Quinones.