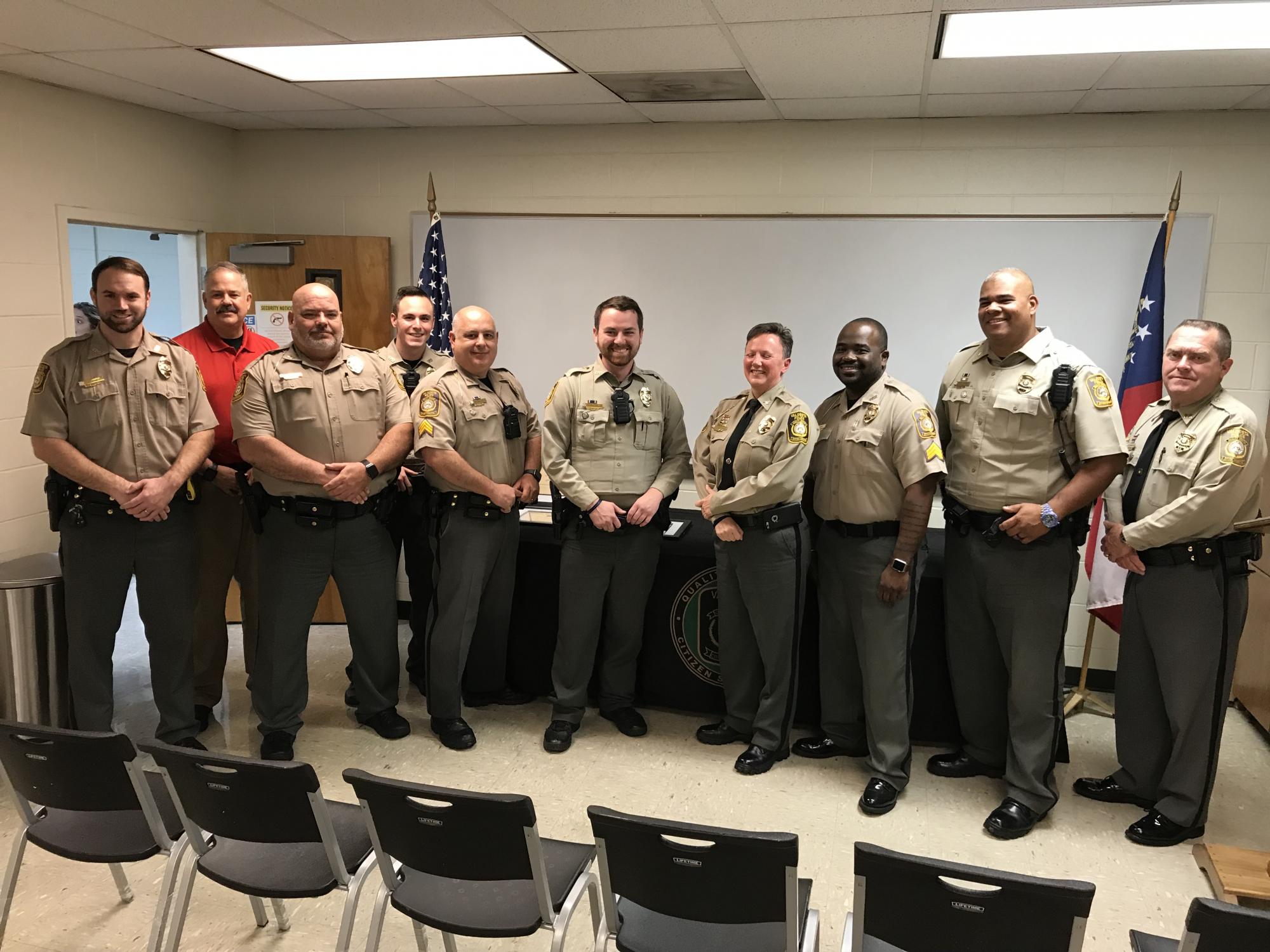 The Valdosta Police Department honored thirteen personnel during a Promotions and Awards Ceremony on March 4. City officials, employees and citizens gathered to honor the dedicated service of the outstanding men and women who make up the city’s police force.

“This group of officers demonstrated the skills and discipline needed to be effective leaders,” said Chief Leslie Manahan, Valdosta Police Department. “I am certainly proud to have them as members of the city’s police force.”

The full list promotions celebrated at the ceremony are as follows:

Lifesaving Award: Sergeant Brad Ingram, Detective Paul Garland, Officer Brandon Durrance, and Officer Alexander Scheib
On January 5, 2020, these four officers were instrumental in assisting a citizen who appeared to be attempting to end their life. These four officers worked in tandem to give verbal commands, distract, and contain the citizen without harm to anyone. The citizen was transported for medical treatment and survived.

Officer Shaun Jones and Officer Ryan Willis – Lifesaving Award
Officer Jones and Willis responded to S. L. Mason School on November 21, 2019 in reference to a Code Blue. Upon arrival a school age child was found to be with no respirations or heartbeat after a choking incident. Officer Jones made efforts to make sure the airway was clear and then started rescue breathing. Officer Willis quickly arrived and joined in on giving compressions as Officer Jones continued the rescue breathing. The student was transported to SGMC and later was stable enough to be life-flighted to Tallahassee, Florida. Subsequently the child passed away a few days later. However, the life sustaining actions taken by our officers was instrumental in allowing the child’s parents, who were in New York at the time of the incident, to see him while he was still alive. SGMC Paramedics confirmed the CPR given by the officers was crucial in the child’s initial survival.