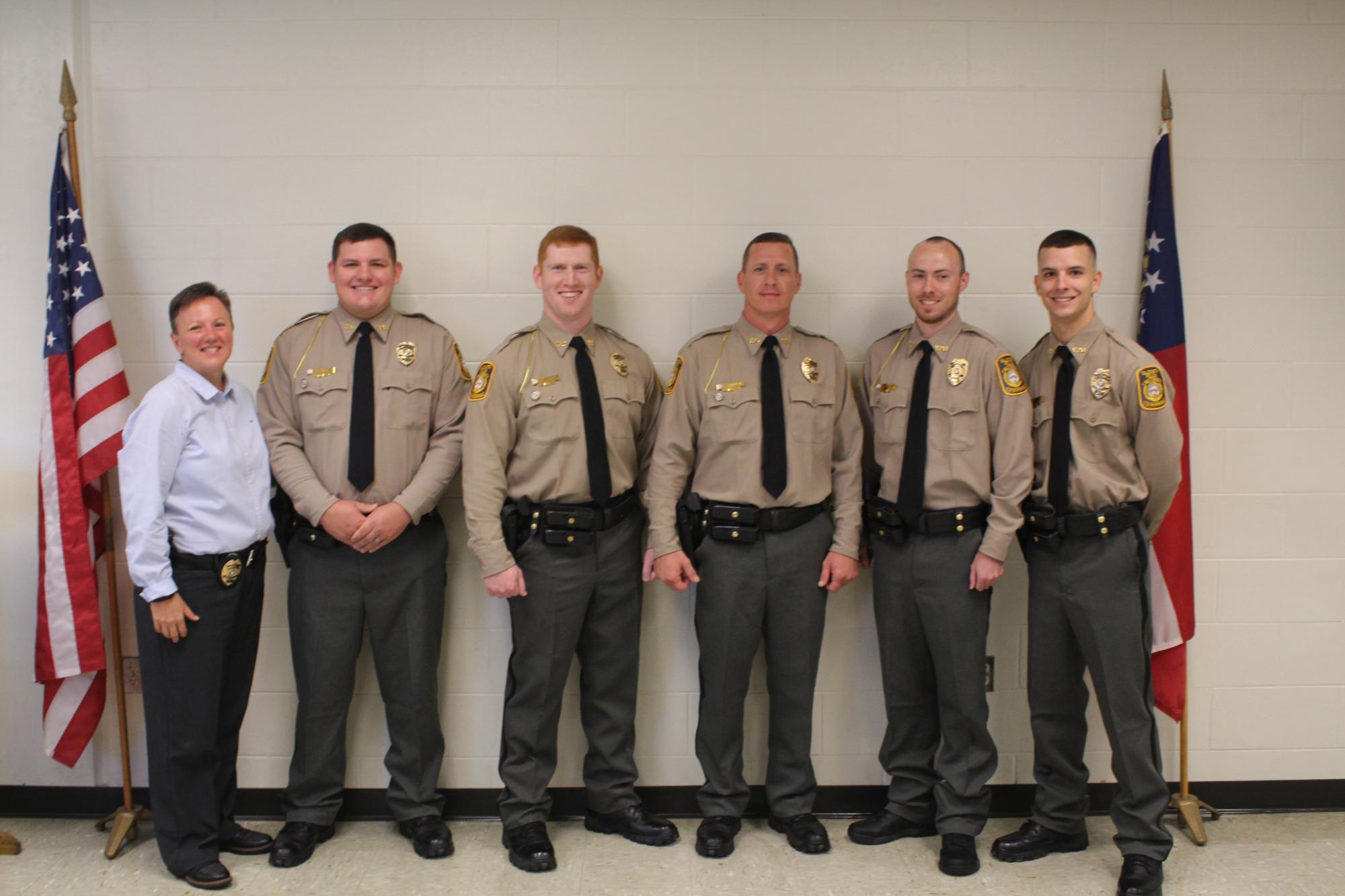 On Wednesday, July 3, five new officers were sworn in at the Valdosta Police Department.

Judge Jim Tunison led the swearing-in ceremony. The officers were joined by their families and VPD staff.

The five were hired on by VPD in April. They started the police academy just several weeks later after participating in in-service training with the VPD training division. In June, Parr, Brown, Brooks, Jennings, and White were certified through the Peace Officer Standards and Training Council (P.O.S.T.).

The group will start Field Training in one week, which usually lasts for about ten to twelve weeks. In total, the new officers will go through close to twenty-five weeks of training.

“We are so excited to welcome these new officers to our department. They have gone through many weeks of training and they are excited to start their careers here with our department. The Valdosta Police Department is continuing to get stronger and our future looks bright,” said Leslie Manahan, VPD Chief of Police.