Valdosta Residents sworn in during Army Celebration in Council Chambers 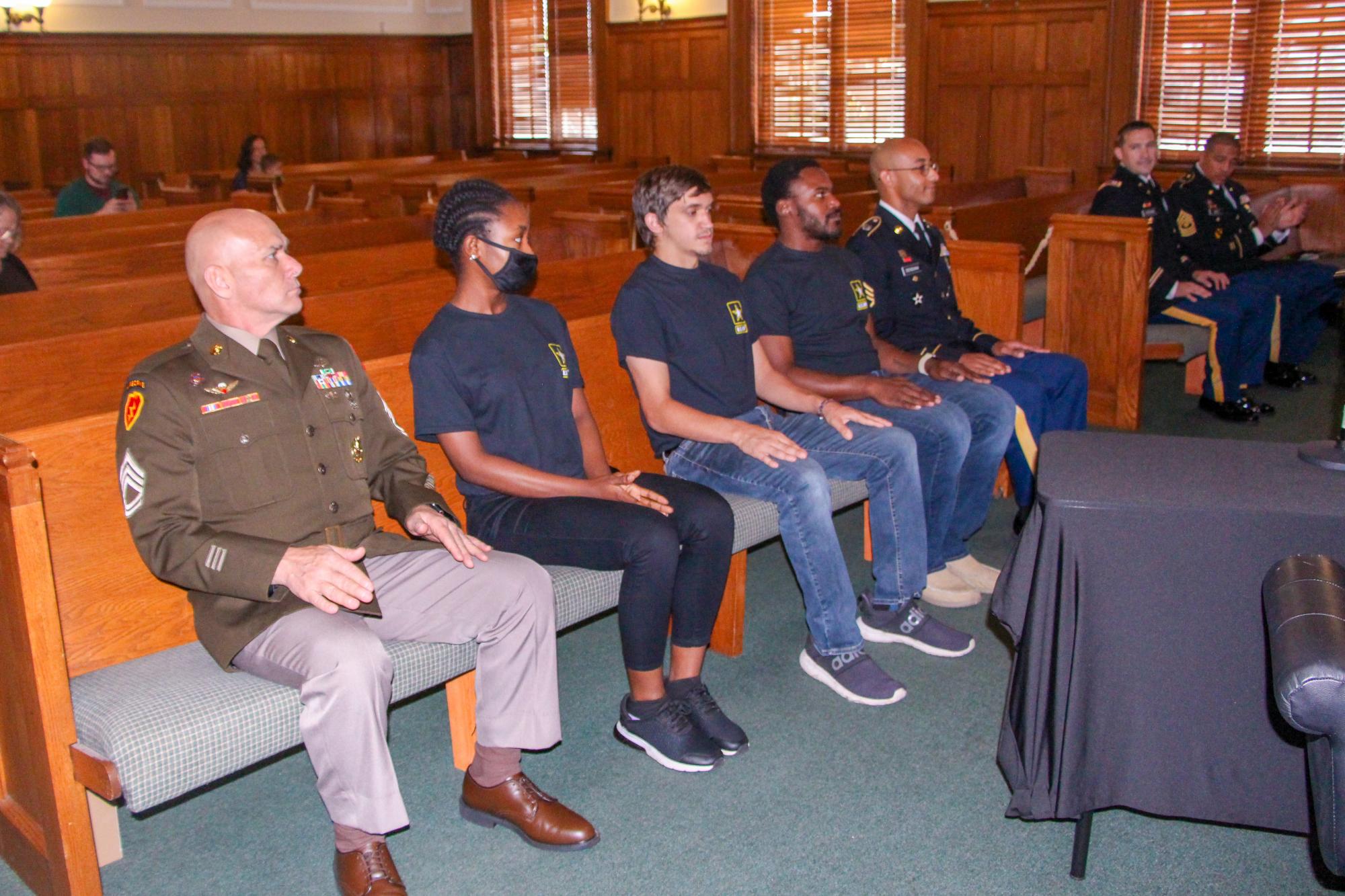 On Monday, June 14, the City of Valdosta hosted Captain Christopher J. Keegan, existing Army members, and recruits for a celebration honoring the Army’s 246th birthday. During that ceremony, three current Valdosta Residents were sworn in as new members of the United States Army in Council Chambers.

As all three recruits are Valdosta residents, having taken their oath of loyalty to the country in the town they call home made the occasion extra special. Esther Azuah, who was originally born in Nigeria, moved with her family to Chicago and eventually settled in Valdosta a little over a year ago. At nineteen years old, she was the youngest recruit at the ceremony but was very eager to start her military career as it was important to her and her family.

“My dad always wanted to join the military but was unable to, so now it is like I am living his dream, which makes him proud,” said Azuah.

The city was honored to take part in the ceremony and would like to wish all three recruits the best of luck on their next steps.