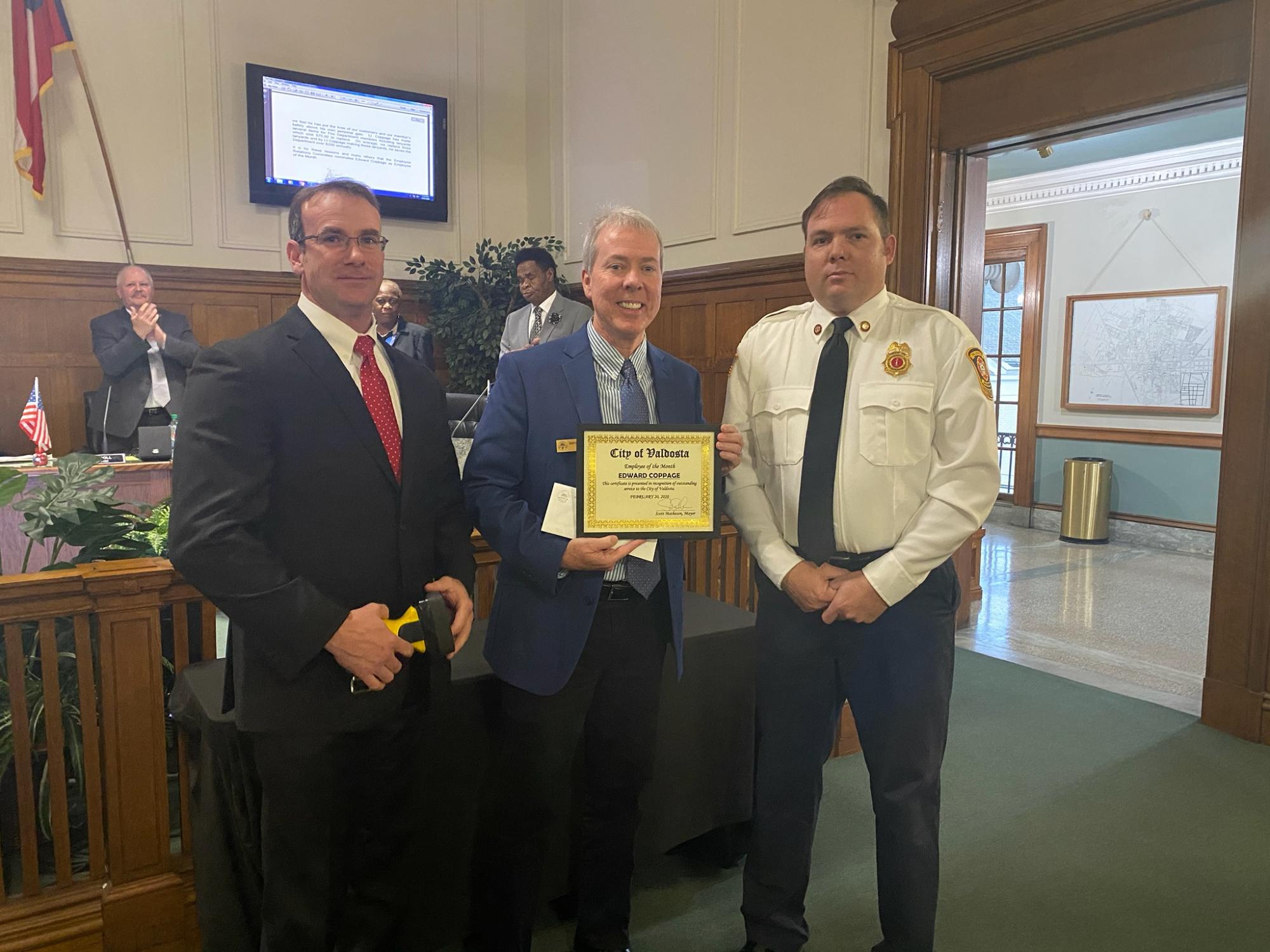 Valdosta Mayor Scott Matheson and Fire Chief Brian Boutwell honored Lt. Edward Coppage as the February 2020 Employee of the Month at the February 20 City Council meeting. Coppage received a framed certificate, a check for $200, and his name appears on a plaque displayed in City Hall.

Lt. Coppage has a real talent that has recently become known. He has been honing his skills at leather working and it shows. Over the past year or two, he has created some outstanding radio straps for several members of the Fire Department and has even made a few helmet fronts, which is not an easy task. This brings me to the occurrence that stands out as above and beyond service to our Department. Each apparatus in our fleet has a thermal imaging camera (TIC) in its inventory. These cameras are vital in assisting with locating victims during search and rescue operations and in locating hidden heat sources during fire calls. These cameras can be attached to our gear utilizing a mechanical lanyard. The mechanical lanyards have been known to break during training events and on emergency calls and are not repairable. Having seen a need for a simpler and easily repairable option, Lt. Coppage went to work with his leather working skills. He has created a wonderful lanyard that is durable, useful, and 100% repairable with little to no down time.

On his own time and with no request or thought of payment, he made a total of 10 completely hand stitched and individually stamped lanyards for each apparatus. This use of his personal skill set, time, and materials to benefit the Fire Department is why we feel he has put the lives of our customers and our member’s safety above his own personal gain. Lt. Coppage has made several items for Fire Department members including lanyards which cost $75.00 to replace. On average, we replace three lanyards and by Lt Coppage making these lanyards, he saves the Department over $200 annually.

The City of Valdosta applauds Lt. Coppage for his dedication, exemplary work ethic and for being named the February 2020 Employee of the Month.