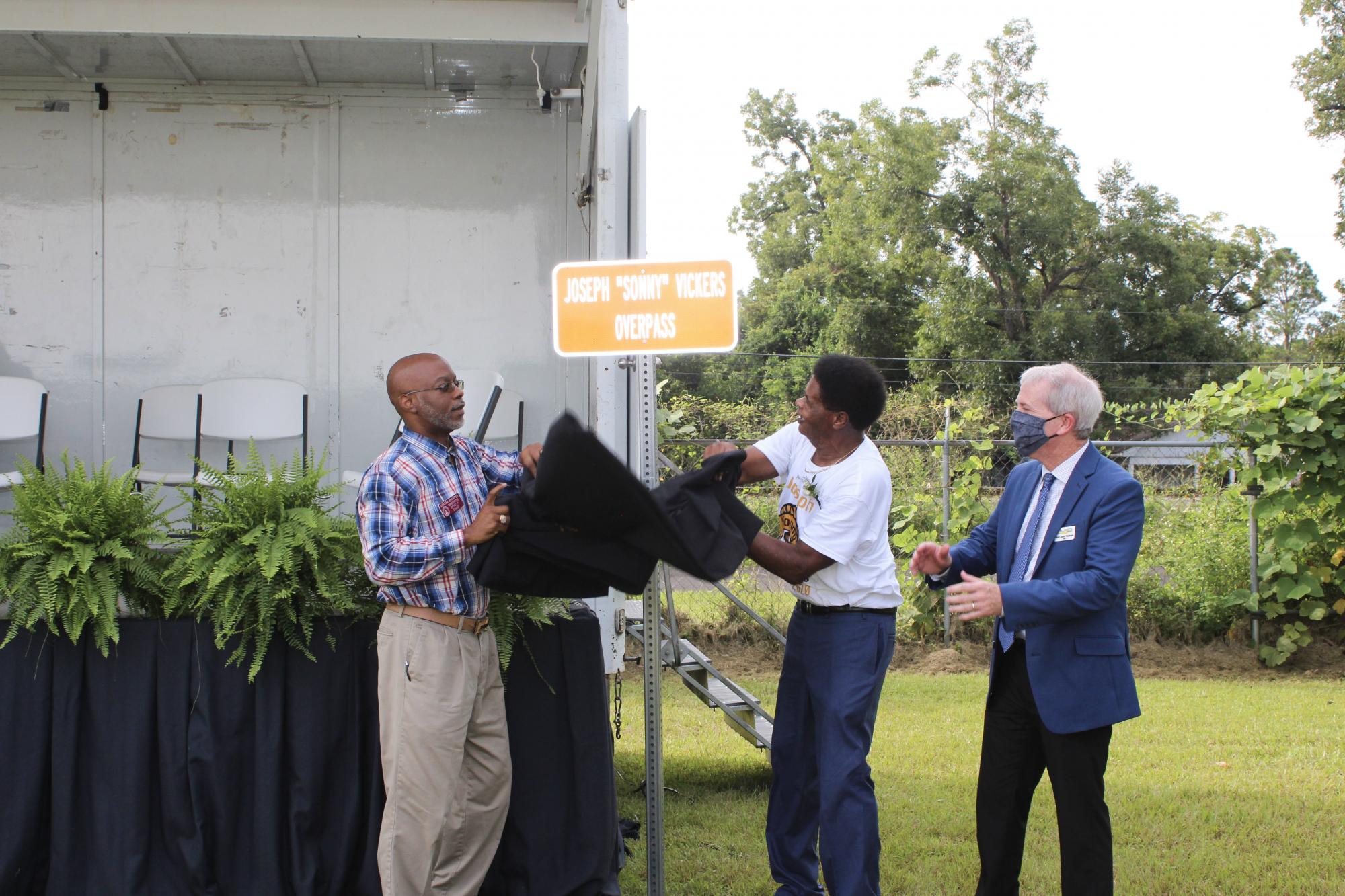 On August 28, 2020, a ceremony was held to dedicate the West Hill Avenue Overpass in honor of Councilman Joseph “Sonny” Vickers. Councilman Vickers was joined by his family and friends, as well as state and local leaders as he unveiled the new signs that can now be seen by drivers as they approach the Hill Avenue Overpass.

“Councilman Vickers’ represents the wonderful residents of District 3 but we know his service extends far beyond his district. He is a big picture, visionary individual. A perfect example of that is the overpass project in which he worked tirelessly on and is now dedicated in his honor.” said Mark Barber, Valdosta City Manager. “Councilman Vickers is highly respected as an esteemed leader in our community, region, and state. His compassion for our entire community is tremendous and unparalleled.”

Councilman Vickers' passion for advocacy and helping his neighbors was significant in the construction of the State Route 38/U.S. 221 Overpass Bridge. For many years, Mr. Vickers petitioned city leaders over his concern about long wait times at the train crossing on West Hill Avenue in Valdosta that prevented citizens and first responders from traveling between the west side of town and the downtown area. In October of 2014, the overpass project was completed within the $9 million budget and two and a half months ahead of schedule.

“Sonny is a man of keen insight and great wisdom. He is a master of understanding people and how to reach them. He sees a wrong and works to make it right. He sees an opportunity to make things better and he works to make it happen. He sees conflict, he works to bring about peace and cooperation. He practices the very ideals that public servants should aspire to. Sonny is also a person of great patience and nothing exhibits the combination of patience and perseverance more than the overpass project, something that he worked at for more than 25 years,” said Larry Hanson, Executive Director, Georgia Municipal Association (GMA) 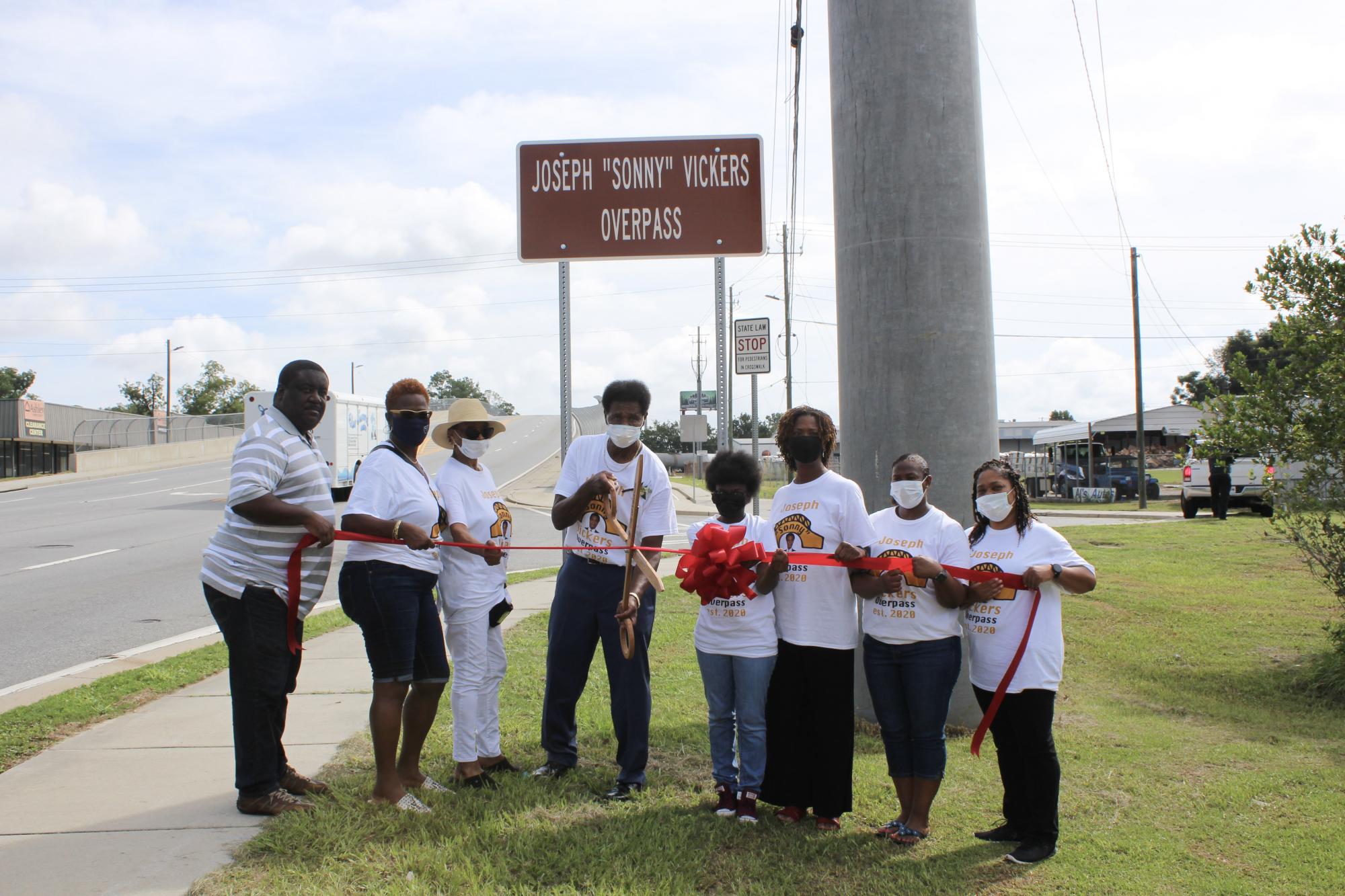 On June 26, 2020, with the collaborative work of State Senator Ellis Black and State House Representative Dexter Sharper, both the State Senate and House passed a resolution to name the overpass bridge in honor of Councilman Vickers. In the resolution, it states that “it is abundantly fitting and proper that this remarkable and distinguished Georgian be recognized appropriately by dedicating a bridge in his honor.”

“For many years it was a big hassle to not be able to get around the train. Mr. Vickers continued to push and push for the Overpass Project,” said State Representative Dexter Sharper. “Our state leaders know who Sonny Vickers is. They know the service that he has done for the entire community.”

“Many people talk about public service or as I like to say it is a servant to the public. I think Sonny Vickers defines that better than anyone I know,” said Tim Golden, Chairman of the Georgia Department of Transportation Board. “Councilman Vickers is the epitome of love and service for his community, state, and nation.”

Councilman Vickers was elected to the Valdosta City Council for a one year term in 1985. He was re-elected to the Valdosta Council for a four-year term in 1986 and has served more than thirty years as the Councilman for District 3. In 2011, he was appointed to fill the unexpired term of Mayor and was the first African American Mayor for the City of Valdosta. He continues to be a faithful public servant for the citizens of District 3.