The Importance of Street Sweeping 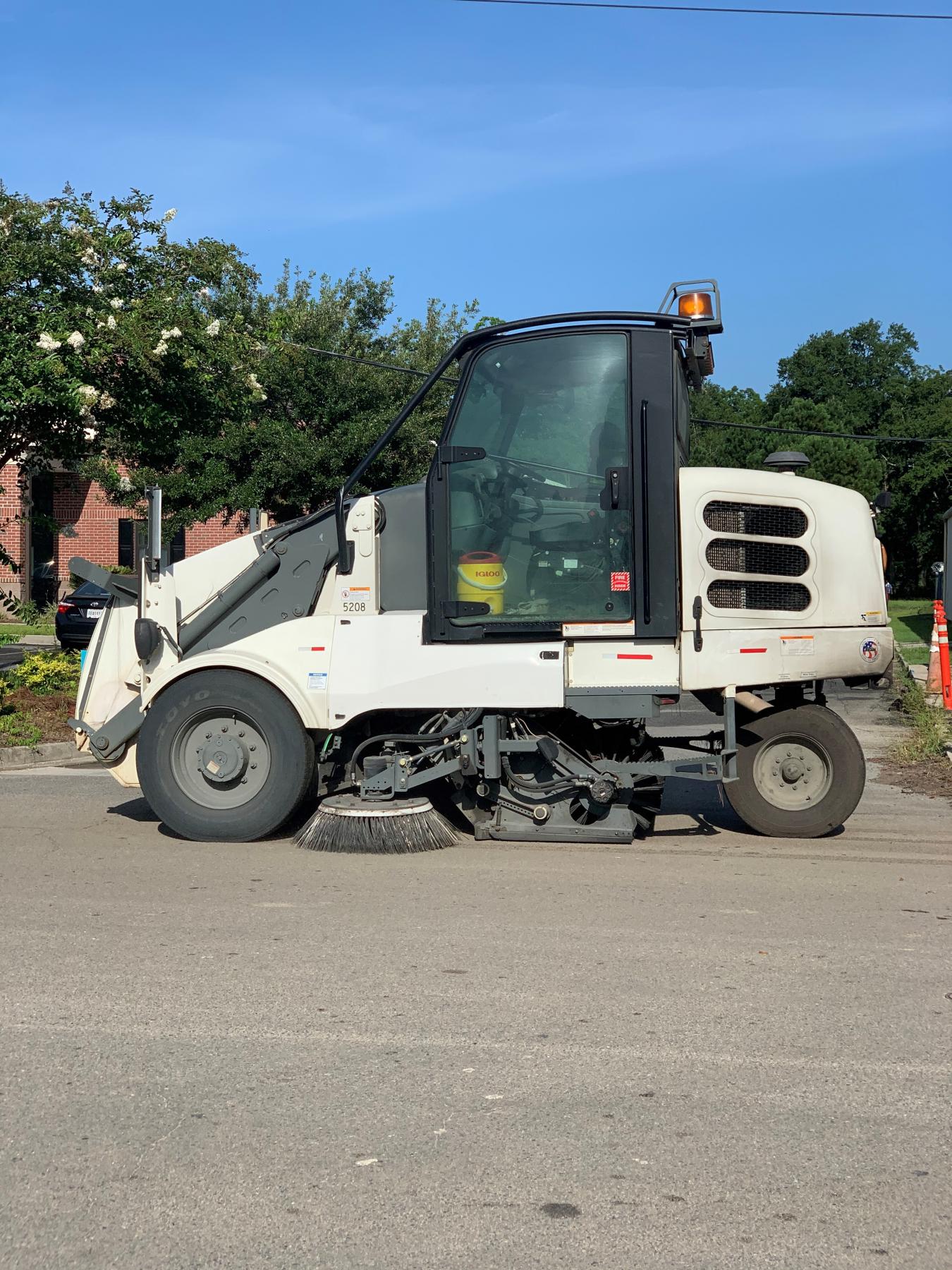 The Public Works Department focuses on State routes and the Downtown area. These roadways are swept Monday through Friday from 5:30 am until 2 pm. The department usually sweeps early in the morning to minimize the interference from other vehicles on the road, as these areas tend to be heavily trafficked and are often narrow one-way streets. If there is an emergency however, Public Works will make an exception and sweep at night to get material off the road before peak travel times. The only time the department does not sweep is if their machine is down for repair or under severe weather conditions.

The two main objectives for the Public Works Department when street sweeping is to keep Valdosta roads looking as clean as possible and to prevent water build-up. "The major benefit of running one of the street sweepers is keeping all the debris and litter out of the gutters so that when it rains the water can get out of the road and into the storm drain quickly," said Public Works Operation Superintendent, Anthony Musgrove.

The benefit of this to residents is that without water build-up, the roads are less slick and thus easier to drive on. Which ultimately reduces the number of traffic accidents in these areas. Musgrove would also like to let residents know that the sweepers are slow going as it takes a minute to pick up the material, so if you happen to approach a street sweeper on the roadways please be patient.

Currently, the Public Works Department uses a mechanical sweeper on all of their routes, however, the department has been approved in the 2021 budget for the purchase of a regenerative air sweeper. The department had several venders provide a demo of both the regenerative air and the mechanical sweeper. The Public Works and the Engineering Departments agreed the regenerative air sweeper works best for the type of debris and the roadways/streets being swept. There are no regulations in place as to what kind of sweeper must be used for either department, but the Public Works Operation Superintendent believes that this would be a more efficient way to operate. "We have used a mechanical sweeper for years but it operates similarly to a broom and dustpan where the air sweep operates like a vacuum cleaner, and with all the pine straw we get down here a broom doesn't compare to a vacuum," said Musgrove.

Under the Engineering Department is the Storm Water Division that is primarily responsible for street sweeping. Angela Bray, the Storm Water Manager says that though there is no difference in what these programs do, the difference is the desired outcomes. Engineering's main objectives are to prevent stormwater systems from clogging and or overflowing as well as to protect the environment. "We sweep streets for many reasons, first the environmental aspects, it helps improve water quality and also removes the dirt sentiment and debris from curb and gutter that can eventually get into our stormwater system and clog it causing roads and properties to flood," said Bray.

The Stormwater Division manages to sweep residential roads every 6 to 8 weeks, sweeping 5 days a week, and 7 hours a day, weather permitting. With their route system, the Engineering Department can also give citizens a time frame as to when their street will be swept. It is important to note, however, that not all neighborhood streets are swept. This is because not all streets are designed with curb and gutter so there is no stormwater system in those areas. These roads are designed to be self-cleaning as they slant and have a crown in the middle so that the debris and settlement can wash to the side and eventually into the ditches.

Bray also wants to let residents know that there are a few ways they can help the street sweepers be more efficient. The first is by not consistently parking your car in the same spot along the street. If you need to park in the street, try to park in a different area every time, as the street sweeper will have to go around your car and that spot will not be swept. Also, if you have toys or sports equipment in your yard or street, have a designated area to store them away when they are not in use. Occasionally these items end up in our stormwater system causing it to clog and even possibly flood.

After the roads are swept the Engineering Department along with Public Works takes all the debris and litter collected by the machines to the Evergreen Landfill to ensure that everything is taken care of environmentally. Together these departments cover 11 different routes for a total of 2,000 miles annually.